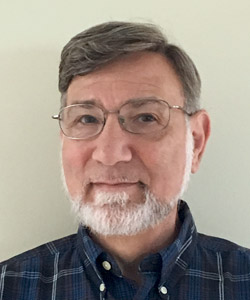 Paul Cino received a BS in Botany from Hunter College and a MS and PhD in Medical Mycology from Rutgers University. As a Charles and Joanna Busch Fellow at the Waksman Institute, he continued his research into the mechanisms by which pathogenic fungi cross the blood brain barrier.
In 1975, Paul began his industrial career at E. R. Squibb & Sons (later Bristol Myers Squibb) overseeing antibiotic fermentation and microbial biotransformation processes. After retiring in 2002, he went on to become senior director of Fermentation and Cell Culture at Neose Technologies.
During his scientific career, he authored several papers and patents, received three presidential Awards from Bristol Myers Squibb and the Microbiologist of the Year Award from the NJ Local Section of SIMB.

He has served SIMB as President, Director, chair of the Nominations, Awards and Honors and Local Section Committees, Session Convener, Journal Reviewer, and a member of the membership and Archives Committees.