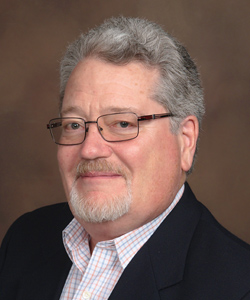 Dr. Jonathan R. Mielenz received his PhD in Microbiology from University of Illinois C-U. After a UCDavis postdoctoral fellowship, he cloned a thermostable α-amylase for Corn Products, one of the first GRAS GMO food enzymes to be approved and commercialized. Subsequently, at Henkel of Germany, a research team he formed developed the first renewable biopolymer feedstock, dicarboxylic acids, from natural fats and oils, and developed a protein engineered prize-winning GMO detergent protease which is now available in Persil detergent. Next, for three years he managed the multi-million dollar DOE biofuels program at NREL. He co-started two companies which were awarded 3 Phase I, a Phase II and III DOE/USDA SBIRs. Most recently during his eight year tenure at ORNL he was the Laboratory Biomass Program Manager for DOE for three years, Co-Chair of the SBFC for eight years, while conducted research in the ORNL BioEnergy Science Center. Highlights include fermentation research published in PNAS showing transgenic switchgrass produced >25% more biofuels than wild-type, and ORNL-funded fermentation research demonstrated numerous whole Agave species, including from the US, can be used to produce fuels and chemicals. Retired from ORNL in 2013, he remains active with SIMB and research review activities.