SIMB is pleased to announce the winner of the first David Perlman Award.

Posted 9/29/15 by SIMB. Filed under Featured News, News and Updates.

Robert Schwartz, Abbott Labs (ret.) and editor-in-chief of the SIMB Journal of Industrial Microbiology and Biotechnology (2010-2015) has been selected as the 2015 David Perlman Awardee.

The award will be presented in conjunction with the SIMB Recent Advances in Fermentation Technology (RAFT) conferences. This year’s RAFT conference will be held November 8-11 in Clearwater Beach, Florida. 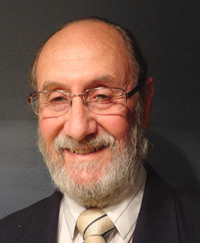 One Response to “SIMB is pleased to announce the winner of the first David Perlman Award.”